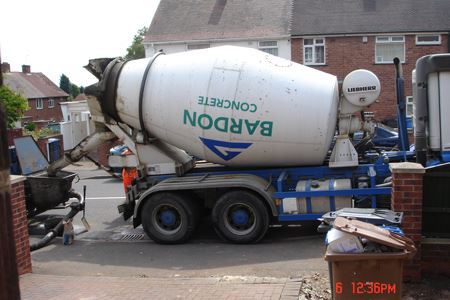 It was a long run from the road to Harriet`s room foundations and rather than risk the concrete going off, a concrete lorry pump and main concrete lorry were ordered. The following day the two Lorries arrived, the large concrete pipes were sent down the long paths, straight into the footings and then the pumping of the concrete began. Within 40 minutes the foundations were at the correct level and the concrete was left to set over night. 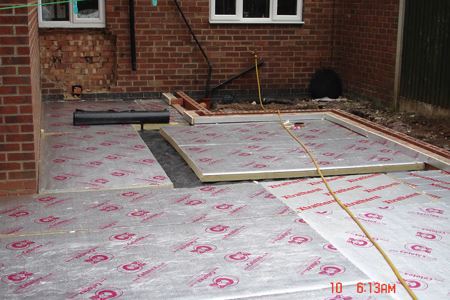 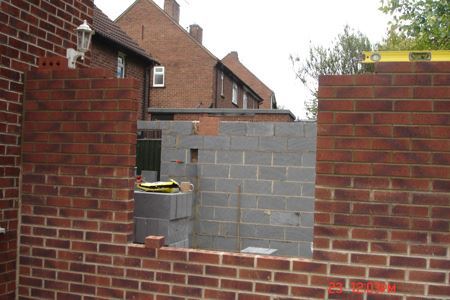 Over the course of the next few weeks the main brickwork and block work of Harriet`s building was constructed up to roof height. We could now see what the building was going to look like and where Harriet`s cot and machines would go in the rooms. 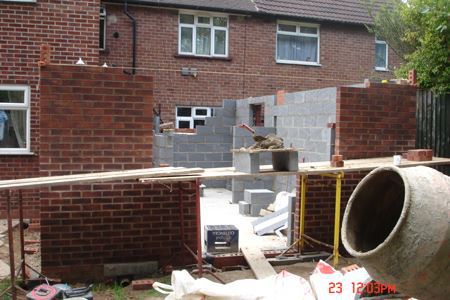 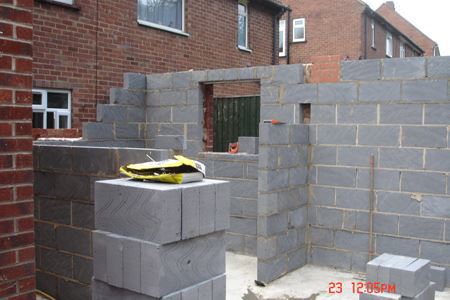 The structural architect had to make some final adjustments to the roof design, to take into account the hoist system that would be used to lift Harriet from her cot into the bathroom. 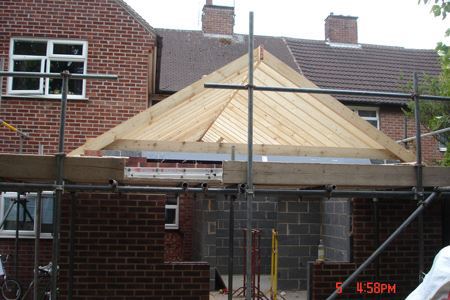 A week later all the materials for the roof arrived and the joiner set to the task of building the roof, the joists were extremely large and looked as though they had simply been chopped down from a large forest and sent straight to the house . The joiner made short work of the complicated roofing structure and within three days, he had built the roof, which was now ready for tiling.

The main part of our house was now starting to get quite dark, the roof to Harriet`s main bedroom and bathroom areas was now a dominating feature and we knew that it would only get darker once the roofing felt started to go on .

Another lorry arrived with all the materials for the roof, the builder returned and then started to lat, felt and then tile the roof, the rear kitchen of the house seemed to get darker and darker, but we knew that the scaffolding was having an impact on this and hoped that it would be much brighter once this was removed. A week later the roof was completed, a sun pipe had been fitted to the roof, which allowed for natural sun light to be pumped into the lobby area of the new building, the scaffolding had now been taken down and the rear of the house was much brighter. 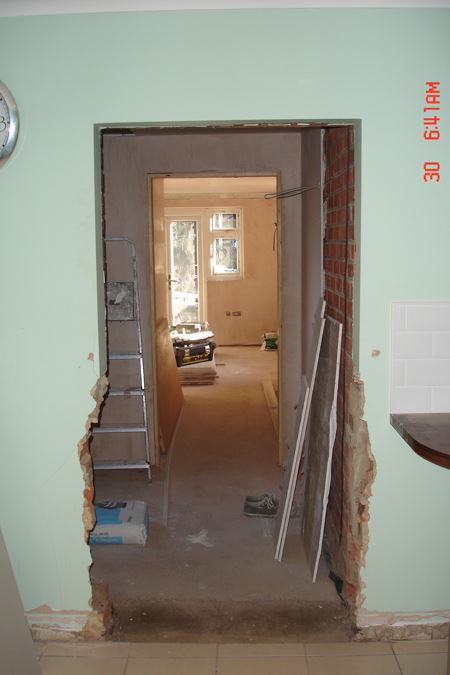 All the windows and doors were fitted to Harriet`s , bedroom, bathroom and lobby area, the building was now starting to look as though it had always been here, but primarily it was now water tight and the builder could now knock through to the main house .

As the builder started to remove the window that had once been the kitchen sink area looking out onto the garden, it seemed very strange that Harriet`s lobby area would now be part of the main house and we were now only weeks away from completion of the main building .