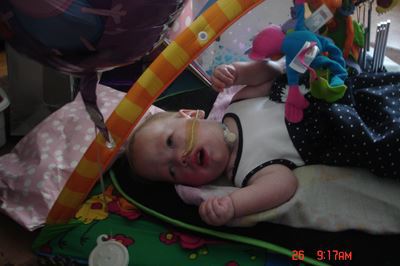 Harriet woke up to her first Birthday this morning, it felt as though we had got to a real milestone with Harriet and were just glad she was still with us .

We took Harriet downstairs and slowly opened the presents that we had brought for her, Harriet`s eyes instantly started to light up as she watched us open  one present after another until we had  opened them all . Most of the toys we purchased for Harriet were sensory toys or sensory lights that would help stimulate her movement and help Harriet  to  communicate with us.

It  was quite cold outside and therefore we did not want anything to go wrong on Harriet`s 1st Birthday and kept Harriet in the house all day as family members wanted to come and see her later that night .

Although Harriet has a lot of problems we wanted to try and make her day as special as we could for Harriet and her brothers and sister and thought it would be a good idea to have a bouncy castle in the garden, with a  little party for her which was low key for family and a couple of friends .

The bouncy castle arrived from Rainbow entertainment, they gave us the castle for the day at No Charge and we therefore thank them for their generosity . 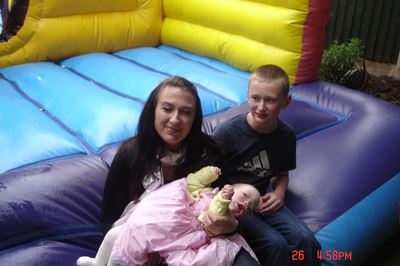 Harriet was asleep when family members started to arrive and we decided to leave Harriet sleeping for a further half an hour to make sure she was able to cope with the people around her .

Once Harriet woke up we took her downstairs to meet everyone, we introduced a couple of people at a time in order to not over stimulate Harriet and cause any problems for her, we also made sure Harriet`s hearing aids were not in as this would have also over stimulated Harriet . 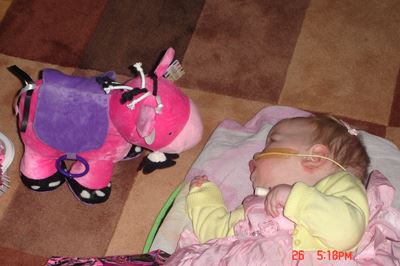 We started to open a couple of presents with Harriet and it became obvious that she had found her favourite toy of the day, it was a bright pink donkey that Harriet’s Grandad Paul had given her, Harriet was really excited, her eyes widened and she looked happy, even though she was unable to smile.

Harriet slowly went round the house to meet other members of the family and was able to cope in short bursts, with the interaction of others, but when she got distressed, we took Harriet into the front lounge where there were no people in order to keep her calm and give her some time out . 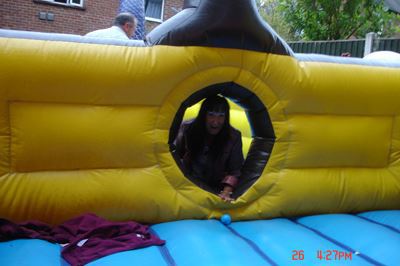 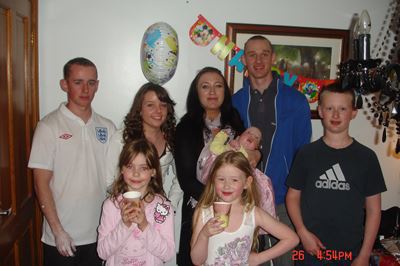 The night seemed to pass so quickly and it was time to light Harriet`s first Birthday Cake, this meant a lot to us as a family . We made a short YouTube of Harriet`s Cake and Happy Birthday being sung for the first time, it was very emotional .

We now hope the year of 2010 gets better for Harriet and ourselves and that we are here again next year wishing Harriet her second Birthday .

We would also just like to say a big thankyou to the Derby Evening Telegraph for covering Harriet`s Birthday and all her followers on Facebook for your continued support, it means a lot to us as a family .

We Love you Harriet !