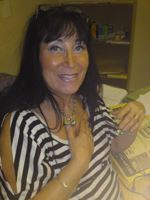 Time seems to go so fast yet some instances so slow..Harriet is now six months old and we are awaiting the long awaited results from both Great Ormond Street Hospital and also the Queens Medical Centre and the Royal Derby City Hospital which now should be in the next few weeks. We are hoping that we may have some good news which would be the most wonderful Christmas present any family could have.  In the meantime Rachael and I have been learning how to look after Harriet including suctioning and trachy changes to enable Lesley and Jason to have a few hours respite out together for a couple of hours.

That time has come and we arrived around 7pm a little on the nervous side but with the help and confidence we have gained over the months we felt we were ready to put are skills into action (hoping we would not need to)  Lesley  and Jason were going to the pictures but decided to go more local for just a meal in case they may have been needed.  It was the first  time  since little Harriet was born they had been out on their own together and although we reassured them we would be  alright you could see in their eyes they were still worried..I would have been the same so once we were settled in the bedroom with all the medical equipment around us and of course Jon (Harriet’s older brother) was at hand to give support as he was also trained up to look after Harriet..What a team !

We sat watching television whilst Harriet was watching her own DVD’s.  We had only to suction once whilst we sat and before long Jason and Lesley were back.  They had been out barley two hours .