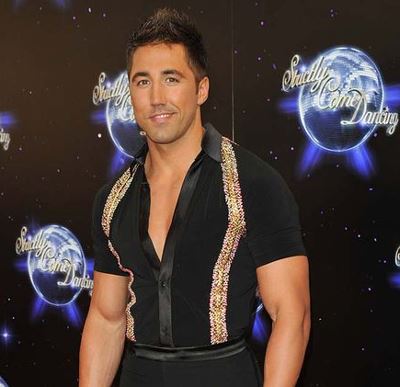 The 28-year-old Wales rugby player had promised to stop by at Inchcape Toyota, Pride Park, where staff and customers are cycling 3,381 miles on static bikes this week to raise money for the cause.

But Henson was unable to attend and help out after he narrowly avoided being booted from the dance floor at the weekend.

Paul Raby, general manager at Inchcape Toyota, said: "The fact he's still in Strictly means he hasn't got the time. So instead he's been kind enough to donate a pair of shoes right off the Strictly set."

The shoes will be auctioned alongside other items, including a signed picture of Rams and Nottingham Forest legend John McGovern lifting the European Cup.

The money will go towards the trust, set up in aid of 16-month-old Harriet Gregory, who has mystery multiple health problems and needs machines to keep her alive.

Her family aim to raise funds to build her a special room at her Spondon home. It needs to be sterile with oxygen cylinders, heart monitors and other requirements.

Henson is just one of a number of celebrities lined up to help staff reach 3,381 miles – the distance from Derby to New York.

Mr Raby said the challenge was going so well, they might consider doubling the distance. Last night he said: "At 10.45am this morning, we reached the 1,000-mile mark. We're going to see where we are on Monday and might do the cycle back from New York to Derby."