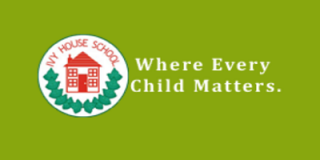 Harriet had been suffering from some sort of viral infection for the last few days, which we felt was due to a side effect of the Flu Nasal vaccine, she had a few weeks ago.

We made the decision to take Harriet into Ivy House School today, as her breathing had stabilized and she looked as though she would cope in the school environment. It was also important for us to attend the EHCP meeting and go through this form in order to make sure that everything was up to date and in place for Harriet.

Harriet needed a nebulizer before we left the house, or she would have struggled in the first few hours at school, this made us a little late, but the school were fine about this.

The carer collected Harriet from us at reception and took her off to her classroom, we then waited for someone to call us for the meeting.

We did not wait long before we were called into the meeting room, where we were met by two of Harriet`s teachers and a senior member of the school. I only knew a couple of the people in the meeting, but Lesley seemed to know all of them, which made things a lot easier for both of us.

There was a large white board in front of us, which had Harriet`s current EHCP projected onto it, this seemed to be new way of conducting the meeting and meant that we were able to see the form, rather than being told what was on it.

At the beginning of the EHCP form, our contact details were listed, but these had to be amended, before going through the rest of the form. We looked at the answers that had been presented in last year`s form and had to help the teachers amend where necessary, i.e., had Harriet improved, did she still need to same level of support etc..

There were a lot of parts to this form that looked at the things Harriet was not able to do and the high level of care that was needed to keep her safe in the school environment. As we continued to scroll through the form and help fill in the necessary information, we were presented with the medical aspect of this form, the part that highlights Harriet has a LIFE LIMITING CONDITION. I felt quite upset when I looked at this on the screen and tried not to show my emotions, as I just wanted to get past this part of the form – thinking of Harriet not being part of our lives was too hard to comprehend.

The form seemed to go on for ever, a whole seventeen pages in total, all of which were extremely important and could not be rushed, as this information took into account Harriet last year and Harriet now.

The teacher from Harriet`s previous class was one of the teachers in the meeting, she talked about how Anxious Harriet used to get and how upset this made her. A year on and Harriet is able to cope better in the school, she is not as anxious and is now able to learn at her pace.

Harriet`s current teacher seemed to agree with the previous teacher, but the real positive that came from the meeting, was the fact that both teachers told us Harriet was switched on and understood who the people around her were.

The form seemed to switch from positive to negative points as we continued to go through it and therefore felt relieved when we arrived at the bottom of form, as some of this was very macabre.

As we finished the form, one of the nurses came into the room and asked if Lesley to come and have a look at Harriet, as she seemed to have a high temperature.

Harriet had become quite poorly very quickly and we therefore decided it was best to take her home, where she could rest.