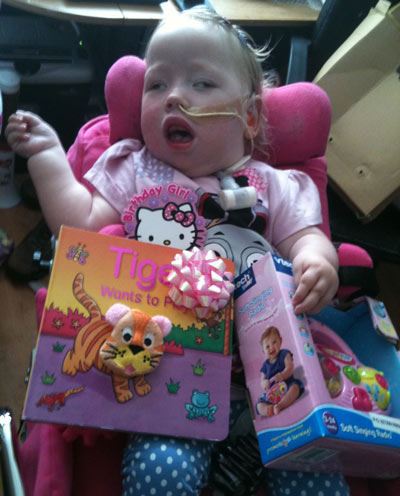 Initially we looked at wildlife parks, but these were either too far away or had very limited access and facilities for disabled children.

Our children had been to Drayton Manor Park and Zoo, before Harriet was born and although it was a little further than we wanted to go, we decided that this would be a good place to take Harriet for her second birthday.

As we looked at the weather forecast for the week ahead, the conditions looked very bleak, but there seemed to be a break in the weather the day before Harriet`s birthday and therefore decided to go then .

It was the first time that we had taken Harriet out for the day and we both felt quite nervous about it, as we would be some distance from her main hospital, should be run into any problems.

The Oxygen, feeds, tracheostomy case, saturation monitor, suction machine and all the other equipment we needed to keep Harriet safe and well for the day was packed into the van and off we went.

Harriet`s journey to the park, did not start well, she had alot of secretions and we were in two minds whether we should take Harriet home, but persevered for another ten minutes and Harriet calmed down and slowly went to sleep . 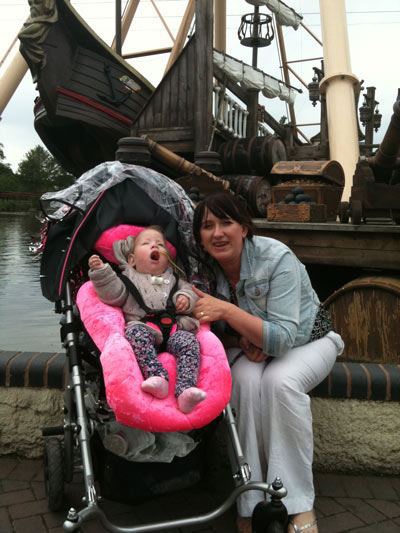 The journey took a little longer than we thought and just over an hour later we arrived at Drayton Manor Park. As we drove into the parks gates, we followed signs for the disabled car parking, which was virtually next to the main entrance. It was now 12.00 midday and we had to give Harriet her medicines and feed before we could leave the van and proceed into the park.

Some forty minutes later Harriet was ready to go into the park with Myles, Michael and Evelyn, we proceeded through the main entrance and started to walk into the main parkway.

Harriet started to get excited and initially required alot of suction, but after twenty minutes or so, she started to calm down and looked as though she was really enjoying being out of the house . 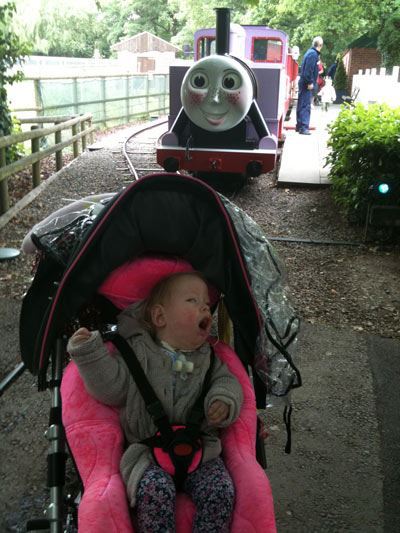 We took Harriet round the main part of the park in order to let Myles and Evelyn go on the rides, which is something they had not been able to do in nearly two years. There had been many restrictions on the family during this time, with constant hospital appointments and Harriet being in and out of hospital, it finally felt as though we were starting to get some sort of family normality back into our lives. 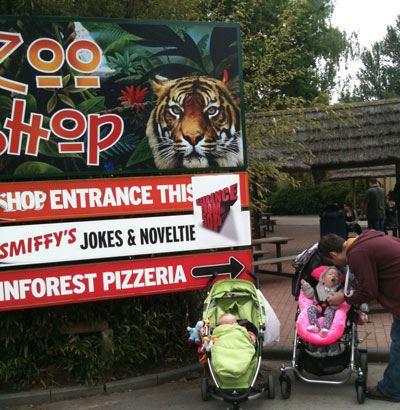 Harriet started to get tired after an hour and we therefore decided to take the children for something to eat while Harriet slept.

Once Harriet had woken up we then went to the parks Zoo area, this was one of the main reasons that we decided to come to Drayton Manor, and we wanted to see how Harriet would react to amimals in a physical environment.

>As soon as we pushed Harriet through the Zoo gates, she just came to life, the animals were moving up and down their cages and Harriet simply looked so happy. 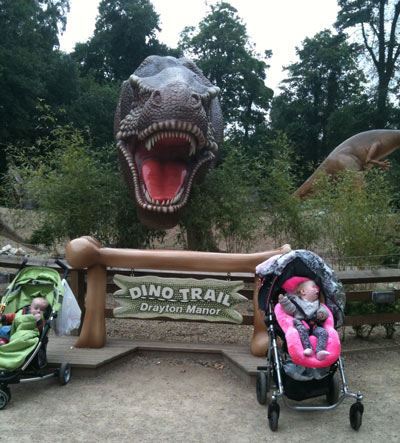 There were quite a few new attractions that the Zoo had added since we were last there, with the new Dinosaur Trail being one of the main attractions. Harriet simply loved the Dinosaur trail; there were many different types of dinosaurs in a themed and decorative setting in amongst the trees.

As the afternoon progressed Harriet struggled to stay awake and as there was only thirty minutes until the park closed, we decided to make our way back to the van as Harriet needed her medicine and feed before we were able to go home. 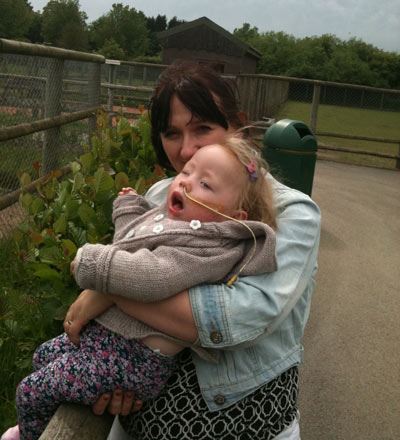 A further forty minutes passed and it was now time to leave Drayton Manor Park and Zoo, Harriet had a good day, she seemed to really enjoy herself, but now looked very tired and started drifting to sleep .

We would definitely return to Drayton Manor at some point, it was somewhere for disabled people, their carers and for those that had no disabilities, which meant Harriet and our other children were able to have fun.

The following day we took Harriet downstairs and starting to open her presents, she had an array of lights and sensory type equipment brought for her. One of Harriet`s best sensory toys, was the mirror chime bells, from Harriet`s grandma penny.

The weather was quite bad as predicted and therefore we were not able to take Harriet for a walk in the park, but Harriet was able to interact with her new toys and lights.

At teatime we lit Harriet`s birthday cake and sung happy birthday to her, before blowing out the cake. It seemed quite sad that Harriet was not able to eat any of the cake as she was still unable to swallow, but we both wanted to make her birthday as special and as normal as we could .

A few days before Harriet`s birthday, we received the official confirmation that the disabled facilities grant had been approved and that a builder had been appointed to start work on Harriet`s new room towards the end of the month.  This was probably the best present that Harriet could have received and for that we are truly grateful for this  grant, it will give Harriet a better quality of life and help control infections.

Harriet`s next big appointment will be with her consultant neurologist Dr.William Whitehouse, at the Queens Medical Centre in Nottingham, towards the middle of June.

We would like to say a big thank you to everyone that sent Harriet a birthday card and those that continue to raise money for the Help Harriet Trust we are truly grateful to you.