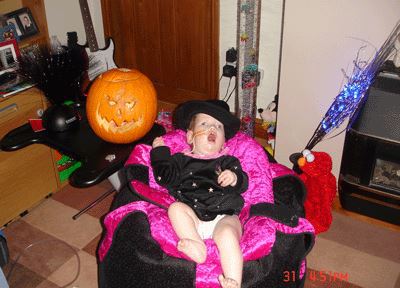 Harriet had been out of Queens Medical hospital for just over a week and although Harriet was stable,  it  was very clear that she had picked up a cold virus during her last few days in the hospital .

We tried our best to get Harriet back to where she had been health wise before the operation, but knew deep down that this would be a struggle .

A week before Harriet`s operation we brought Harriet a Halloween costume in the hope that she would be out of hospital and able to celebrate Halloween with her sister and brother`s .

The pumpkin was carved and Harriet looked a little better, but on Halloween Harriet started to look poorly again and spent most of the day sleeping . 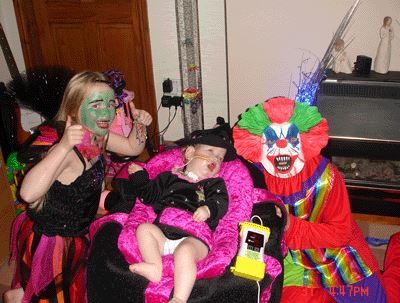 As Harriet`s sister and brother`s started to put on their Halloween costumes ready to go trick or treating, Harriet started to wake up and although she was only awake for an hour, Harriet was able to spend some time with the family .