The day before Harriet`s Operation 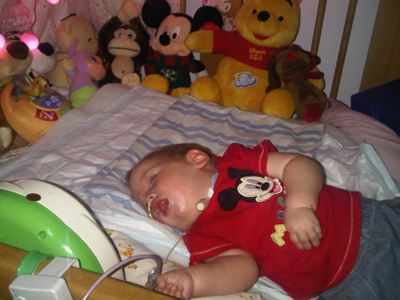 Harriet was admitted to the spinal ward D34 at the Queens Medical Centre in Nottingham at 5.30pm, the bed Harriet required was not available and therefore we had to wait just over an hour for the bed to become available .  While we were waiting the spinal surgeon, Mr.Grevitt arrived on the ward and had another look at Harriet with his colleague Mr. Cameron , the examination was brief and we were asked a few questions about the current state of Harriet`s health, which at present is very good for Harriet .

Once the bed was ready we took Harriet and her things into the side room and started to get Harriet settled. The nurses came in and did observations and took relevant details including Harriet`s weight.

It was starting to get dark and I thought I would leave Harriet and Lesley alone in order for them both to get some sleep and therefore said I would see them both in the morning.

As I started to leave the ward the Fire Alarms started throughout the whole hospital, I was obviously quite nervous and noticed two fire engines outside with their lights on and firemen started running into the hospital. I started to make my way down the stairs, the alarm was getting louder and louder, it said don’t use the lifts, stay where you are.

I wanted to know if there was a fire in the hospital as I knew Harriet and Lesley would not be safe and that Harriet`s operation would possibly be cancelled and therefore continued walking towards the car parking entrance, which happened to be where the firemen were . I asked one of the firemen if there was a fire and he was not sure, but said things were in hand.

I drove off and started to head towards the QMC round about, when suddenly I was confronted with a large road block, the workmen had just closed the A52 carriageway back to derby and had diverted all traffic, which in Nottingham was a nightmare especially with me not being from the area. As I headed through the diversion I started to get lost and after ten minutes got back on to the correct road, amazingly all the lights then went out for over 4 miles of the journey and I totally lost all my bearing and was not sure where I was going, it was like being trapped in a bad dream .

A journey which should have taken 20 minutes finally ended an hour after leaving the hospital as I arrived home feeling tired and drained.

The house felt so empty and I felt so alone, I started to walk through the house and zoomed in on all the things that had kept Harriet happy or alive. Once I got upstairs into my bedroom I looked at Harriet`s large cot with all her furry toys and just burst into tears, I kept thinking why is this happening too Harriet and what if I never see my little girl ever again after she goes into theatre for the operation tomorrow.